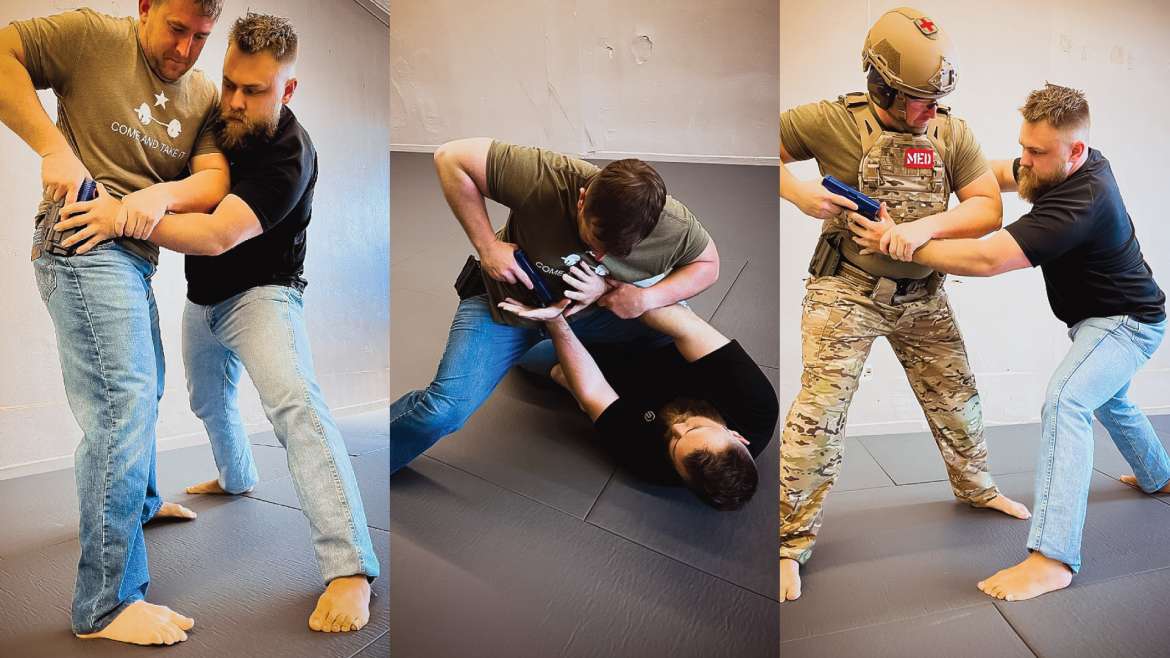 Incorporating Brazilian Jiu Jitsu and real-world experiences, this class aims to give you an advantage when confronted with someone trying to wrestle control of your firearm.

This courses focuses on Pistol retention. Training is divided into two sections; retention from standing, and on the ground. During the standing phase of training, we will cover how to defend attacks from the front and rear. The ground phase will drill retention and grappling strategies to maintain control of and access your firearm as well as how to move to a more advantageous position. This class is a great opportunity for both men and women.

Utilizing a unique skill-set combining world class training and a time-tested tradition of self-defense, this course will give you a foundation critical for defending yourself against a threat.

Charles Blanchard
Coaching Jiu Jitsu and MMA for almost a decade, and Coaching professional fighters for the past 5 years at the highest level, Charles specializes in hand to hand combat. His numerous accomplishments and titles include 2 time state champ wrestler, 3rd in senior nationals, 2nd degree black belt in jiu jitsu under Ricardo Liborio, 13-3 in MMA with 1 win over a world champion, and ranked 18th in the world at one time in MMA. He has over 30 boxing and kickboxing fights and 1,000 grappling matches.

Bryson Moffett
Bryson holds the impressive title of 1st place at Shockwave In The Desert – 3 Gun Tac Iron Division, along with numerous certificates of completion in courses such as Tactical Response Fighting Pistol, Tactical Response Fighting Rifle, Tactical Response Advanced Fighting Rifle, and Tactical Response Force on Force. Bryson honed his skills obtaining vast experience in Crisis Management while conducting executive protection services for such notable clients as rapper Snow da Product, label company A1 Records, and the band Eskulea de las Calles. He currently has 2+ years of Mixed Martial Arts training under Charles Blanchard, who is a second degree black belt under Master Ricardo Liborio. Bryson’s diverse background along with his ability to teach enables him to educate others to deter and recognize violence in any given day to day scenario. 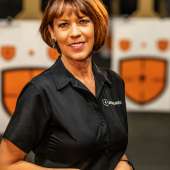