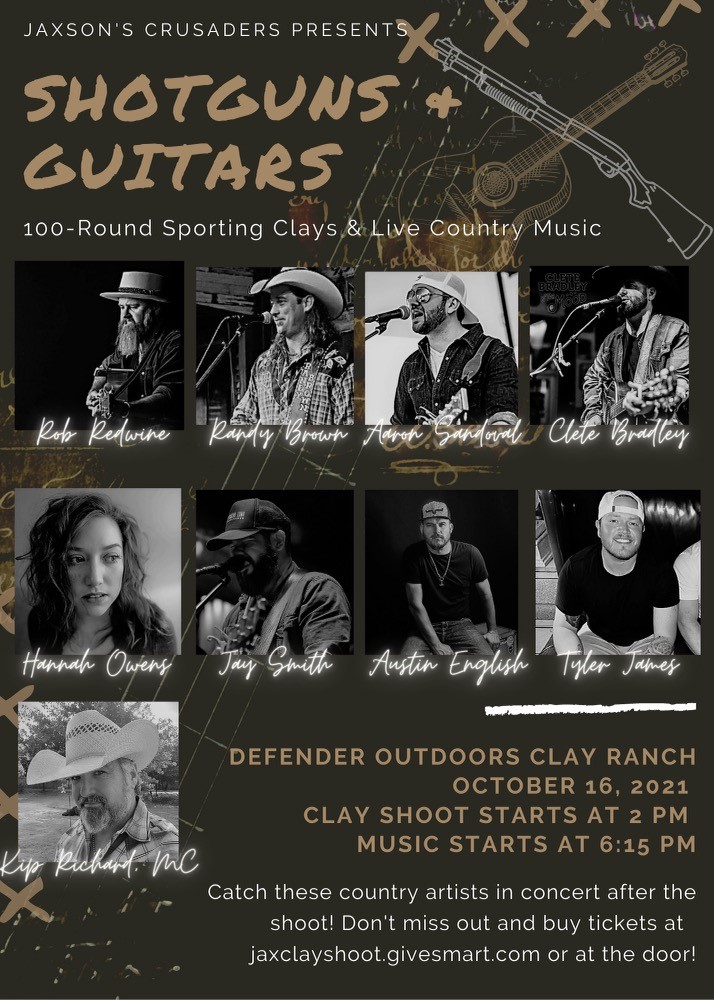 Join Jaxson’s Crusaders for a day filled with Sporting Clays and Country Music! All proceeds will benefit 8 year old Jaxson Flynt. Jax is 1 of 7 known people in the world living with a rare mitochondrial condition called Leigh Syndrome. Proceeds will contribute to ongoing gene therapy and other related medical bills.

Jax was diagnosed with a terminal mitochondrial disease known as Leigh syndrome on October 30, 2014. Leigh syndrome is a rare genetic disorder characterized by progressive damage to the central nervous system. It is caused by a defect in the function of mitochondria within the cells of the body.

Our goal is to slow the progression of this disease while working towards a cure for Jax and future generations. This fundraising event directly benefits gene therapy which looks to be a promising life-extending treatment for Jax who is now 8.

To Sign-up for the event, purchase tickets, or donate, please go to jaxclayshoot.givesmart.com