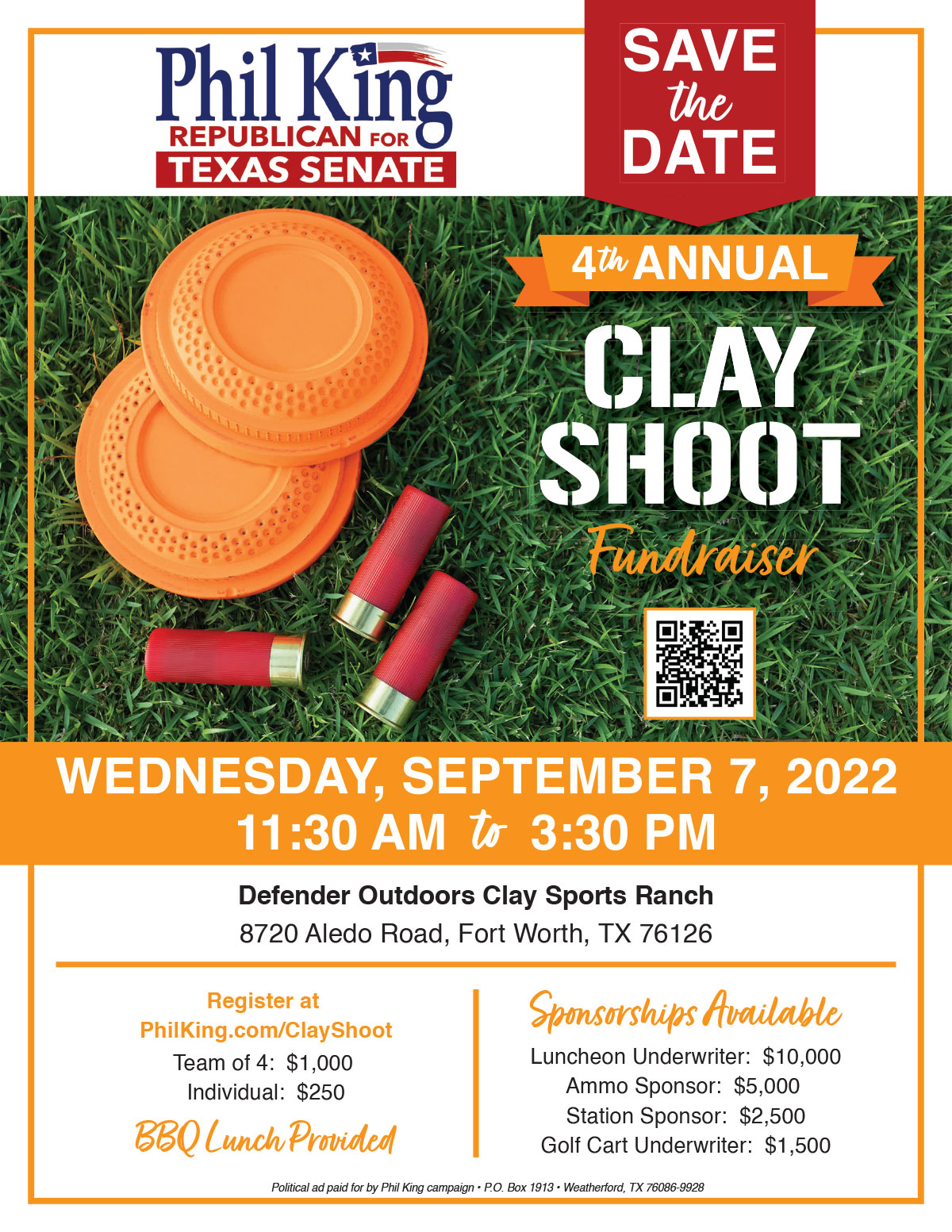 Join with the Phil King Campaign on Wednesday, September 7th for the Fourth Annual Clay Shoot Fundraiser! The proceeds of this shoot will help State Rep Phil King’s campaign for Texas State Senate.

As State Representative for the 61st District, Phil King represents the people of Parker and Wise counties in the Texas Legislature. He has earned a reputation as a principle-driven conservative who consistently provides key leadership in passing some of Texas’ most sweeping public policy legislation.

King currently serves on the State Affairs and the Higher Education committees.

Phil was a police officer for 15 years with Fort Worth Police Department and continues to serve in the Texas State Guard. He is a practicing attorney and small business owner. Representative King and his family have been active members of Trinity Bible Church since 1984. Phil and his wife Terry are the proud parents of six children, ten granddaughters and seven grandsons.

“Thank you for your strong support in the Republican primary.  I am honored to be your nominee, and look forward to the opportunity to serve as a strong and effective conservative voice in the Texas Senate.Texans in SD 10 want a state senator who will fight the unacceptable federal encroachment from Washington on our freedoms, rights, and liberties. They want strong border security, a fighter for the unborn, a defender of Second Amendment rights, and a taxpayer advocate. That’s my record, and that’s the kind of senator I’ll be.”