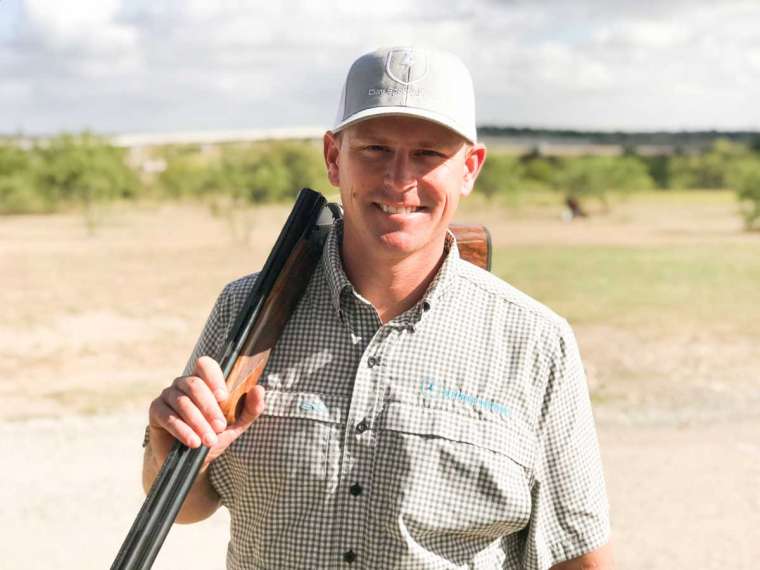 Travis is the President of the Defender Outdoors Clay Sports Ranch. He has been a competitive shooter since he was 9 years old and has won numerous Youth, Collegiate, and then Professional Circuit awards. Now, he shares his knowledge and passion through the Clay Sports Ranch.

The shotgun sports are a passion for many; the same is true for Travis Mears.  At a young age of 9 years old Travis started his competitive career and has continued to follow his passion.

Travis has competed on many different levels within the sport.  He started with the youth shooting programs such as 4-H and SCTP and then moved on to Lindenwood University in St. Charles, MO as a scholarship shooter.  While at Lindenwood Travis took part in 5 National Team Championships, 12 Individual Collegiate National Championships and completed his undergrad and MBA.  After moving back to Texas, Travis continued his career shooting Sporting Clays and traveling putting on Exhibition Shows on the weekends, while devoting his weeks to his wife Raelynn and business career.

Now at 31 years old, Travis and Raelynn have a daughter and son and he is the President of Fort Worth, Texas’ premier shotgun range, Defender Outdoors Clay Sports Ranch.  Travis is continuing to share his passion of the shooting sports through his range, sporting clays and exhibition shooting.  When he’s not shooting, Travis enjoys Hunting and spending time with his wife and kids. Travis is a resident of Aledo, Tx.

When struggling with a target presentation when practicing sporting clays, I’ll drop the gun to My hip and instinctively shoot the target.  Trusting instinct and hand eye coordination, this often provides me with the needed target information to be able to hit it from the shoulder.Travis Mears, President

To setup a training session please feel free to email Travis at travis@defenderoutdoors.com, and let’s get your training on the right track.